We are a colorful family. During a research stay in Canada, my brother met his wife 30 years ago. She is of Chinese descent, but never was in Asia. Both live in Vöcklabruck, he is a very well-known alternative doctor, it takes months to get an appointment. My sister-in-law’s work in the ordination is indispensable.

The several-year working stay for Casino AG of my cousin ​​in Ankara gave us a Turkish cousin who is well integrated in Gmunden. She is a popular teacher and brings wonderful Turkish delicacies to our family celebrations.

The first “extraordinary” was already my father, Transylvanian Saxon from Sibiu. He came to Austria as a refugee during the World war. The country his ancestors left for religours reasons. The “other” is quite normal for us.

Not normal are incidents that make you angry and think are not normal. Like last week in a burger bar in Vöcklabruck. My niece and nephew (both around 20) were insulted and bullied by a large group of young people for their Chinese background in connection with Corona. In the end, leftovers were thrown. My niece told us their expieriences on Saturday evening at a polyglot family celebration. I was and still am honestly shocked what is going around.

Almost out of solidarity, I went to Hallstatt on Sunday. On the one hand I wanted to get a special feeling for the situation. On the other hand, I wanted to experience the less frequented city. The first AHA effect came at the train station in Bad Ischl. Usually train and platform are already very busy in the late morning and the suitcase density is high. This time I met only one Asian woman in an almost empty train. 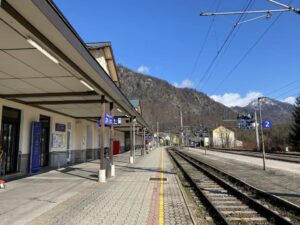 The trainstation in Bad Ischl! 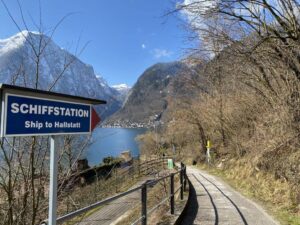 Nobody on the way to the ship. 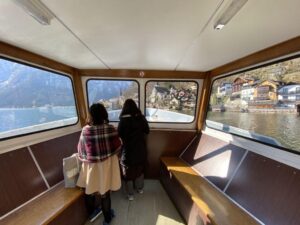 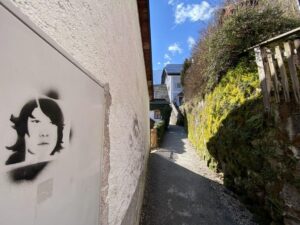 The same in the ship from the train station to the city. A couple of Eastern languages, two Asian women, me and yawning emptiness. “At least 70% fewer visitors,” said the captain as he cleaned his hands with the disinfectant. In Hallstatt you can now enjoy every corner without being obscured. I met very few people on the way to the train station that leads to the Salt Mine. On the Skywalk and with a coffee on the terrace in front of the Rudolfsturm there is pure deceleration. Locals and staff can take a deep breath. The spring sun was promising. 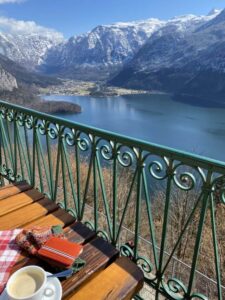 Then the helicopter noise came. The Spaniards next to me loved the flight show. However, if you like to walk on the Krippenstein next to the city, you know that this means nothing good. Five dead avalanche victims were gradually flown into the valley. On the skywalk we suddenly stood between heaven and earth. The feelings of spring melted away in this second. For mountains Corona just doesn’t care. 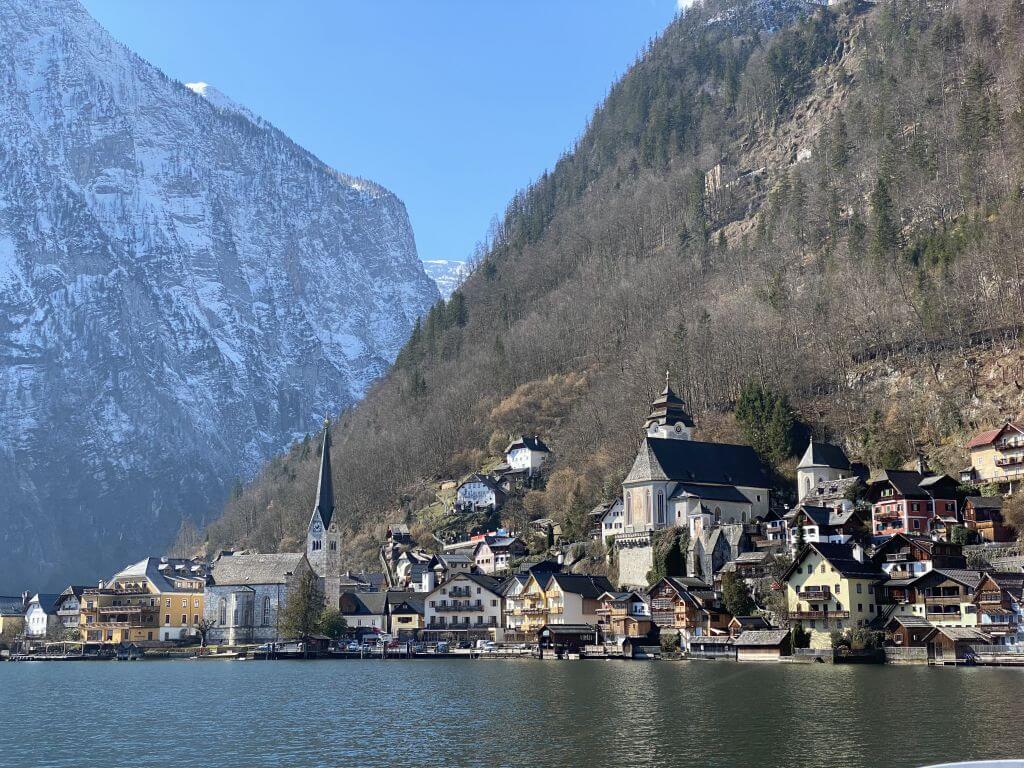