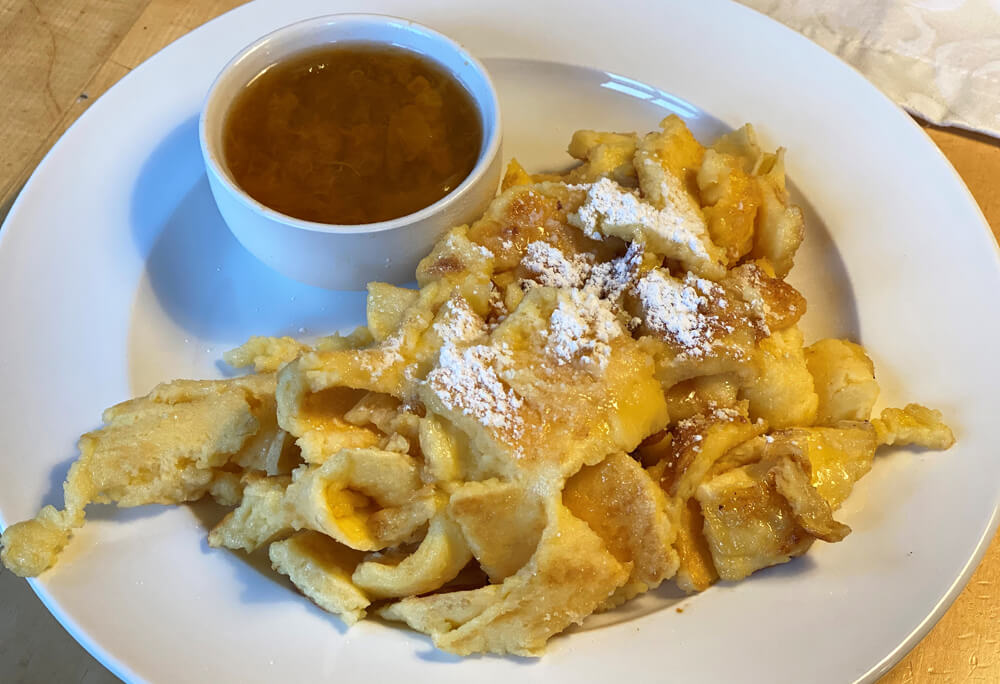 The Kaiserschmarrn was part of the health food in my childhood. When we were sick we could make a wish. With a high fever it was mostly pancakes, when it got better it was Kaiserschmarrn or Apfelradln. This has remained essentially the case until today, except that the wishes of a man with no talent for cooking mostly run in the sand.

There are many different myths about the origin of Kaiserschmarrn, historians assume that the word stem was Casaschmarren and means nothing other than house schmarrn. It is definitely documented – and not only in Bad Ischl – that the emperor loved him.

Surprised by a thunderstorm, the imperial hunting party sought refuge in a hut. The present dairymaid offered to serve the guests with pancakes. She would have the few ingredients of flour, eggs, milk and sugar in the house. When she found out that the emperor was among those present, she was so terrified that the pancakes were torn apart. In her distress, she tried to save the situation with sugar and raisins.
This story is said to have happened in Bad Goisern in a similar way. The emperor liked to hunt near the Weißenbach, the stone table next to the Chorinskyklause, on which he fortified himself, still testifies to this. It’s easy to imagine that it could have happened in all of his hunting grounds. Today it is called an “urban myth”, although urban does not suit the alpine pastures.

Anyway, after the Christmas holidays we stopped there after a long walk and let ourselves be spoiled with fish. A spa guest from Vienna was sitting at the next table. When the Kaiserschmarrn was served, I asked to be allowed to take a photo. “Of course,” he said, that was why he came here. The origin of the Kaiserschmarrn is supposed to be here. I was amazed, since I had researched the connections myself for the Bad Ischl city guide. How did he know that? I asked him in surprise. “It says so in the spa documents that are on the room.” Sometimes things are so easy!

Incidentally, the Rettenbachalm has reopened since September 2019 in a new, recommendable line-up. Of course, you cannot stop in Corona times, but you can have a menu delivered from there. Current information can be found on the facebook page. 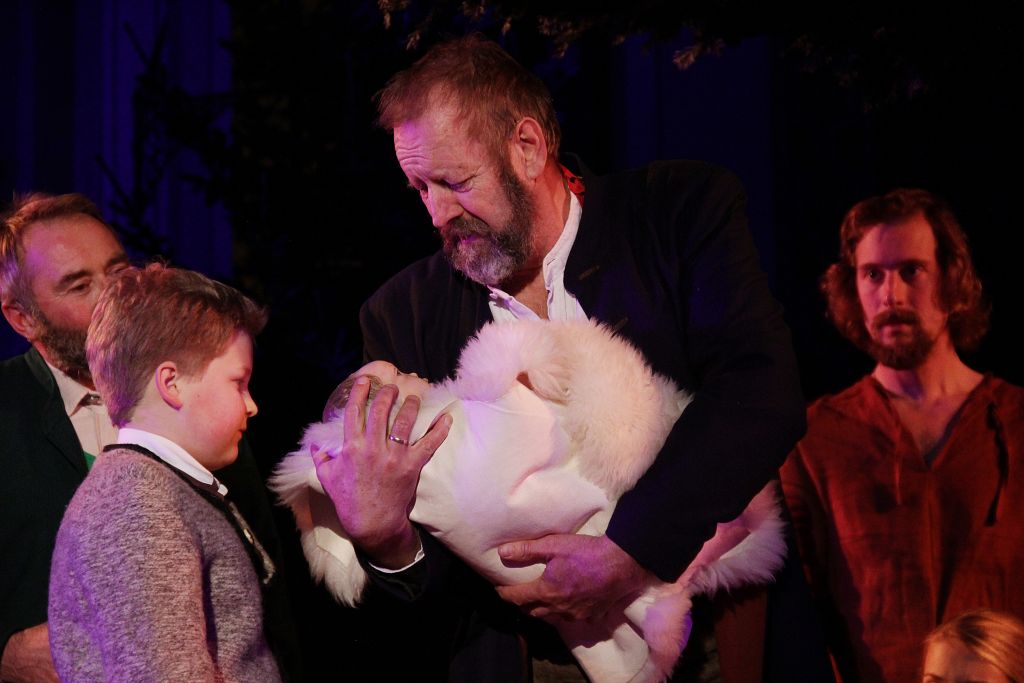